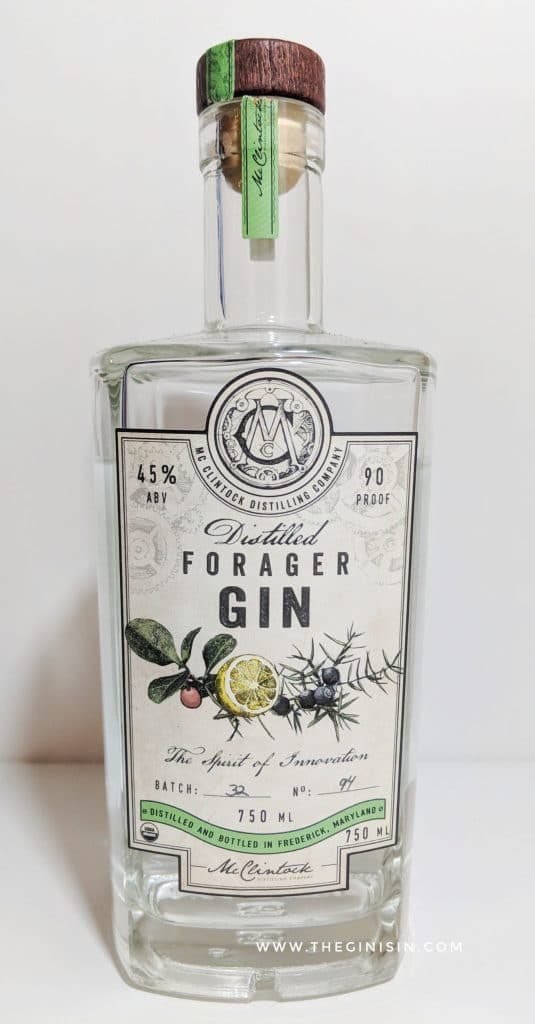 Forager Gin begins with a base of neutral cane spirit and then adds a botanical blend “inspired by native herbs found in the Appalachian Wilderness.” McClintock Distilling Company uses a vapor basket for the botanicals.

But back to those botanicals. There’s some unusual ones in here.

Crane’s-bill root comes from a member of the Geranium family. Also known locally as an “Old Maid” or “Old Maid’s Night Cap,” the roots come from the Geranium macalutum. It was an important part of several indigenous cultures medical traditions. The purplish-pinkish flowers are often seen in early summer growing in large, verdurous mats in Appalachian woodlands.

If you’re from the American South, odds are you know Chicory Root. Although once used as a coffee replacement in times of scarcity, it’s now still used as part of many American South coffee blends. Slightly bitter and related to raddichio, it’s lends a roasty, earthy flavor that gives a New Orleans coffee its distinctive flavor.

Forager Gin is a bit grassy and herbal at first nose. Hints of vegetable leaf greet the nose at first, but a robust combination of rich, slightly musky floral notes lie underneath. There’s also this dark, almost earthy rose hip note that gives Forager Gin a jam-like sweetness. Plenty of spice notes as well. Cardamom is perhaps the most prominent spice note. But in short— there’s a LOT going on in the nose of Forager Gin.

Forager Gin might be a challenging gin to dissect just on its own. The myriad botanicals— some familiar, some new— make this challenging to pick out individual affects. It’s quite nice sipped cold or topped with a quinine-forward tonic water in a Gin and Tonic.

It’s nicely complemented by other aromatic spirits or liqueurs. Think with Green Chartreuse in a Last Word or Yellow Chartreuse in an Alaska Cocktail.

It also pairs incredibly well with fresh lime. If you’re going to go Gimlet, use fresh and dial back to the sugar component. The sour + the anise notes go together quite well.

Fans of anise and spice-forward gins will enjoy this gin quite a bit. In fact, it reminds me quite a bit of Merrylegs Genever to the palate— but instead of going all in on the licorice/anise notes, Forager Gin augments it with some funky, richly aromatic spring blossoms from its selection of flowers.

Bartenders should treat Forager Gin like a specialty spirit/gin and keep in mind its taste profile when mixing. It’s bold and doesn’t work well in all applications. However, as taste trends in gin move a bit away from a cocktail-only mode to a sipping-gin-neat (or on the rocks) approach, Forager Gin is an intellectual gin that will appeal to those looking for something new and exciting in their gin.