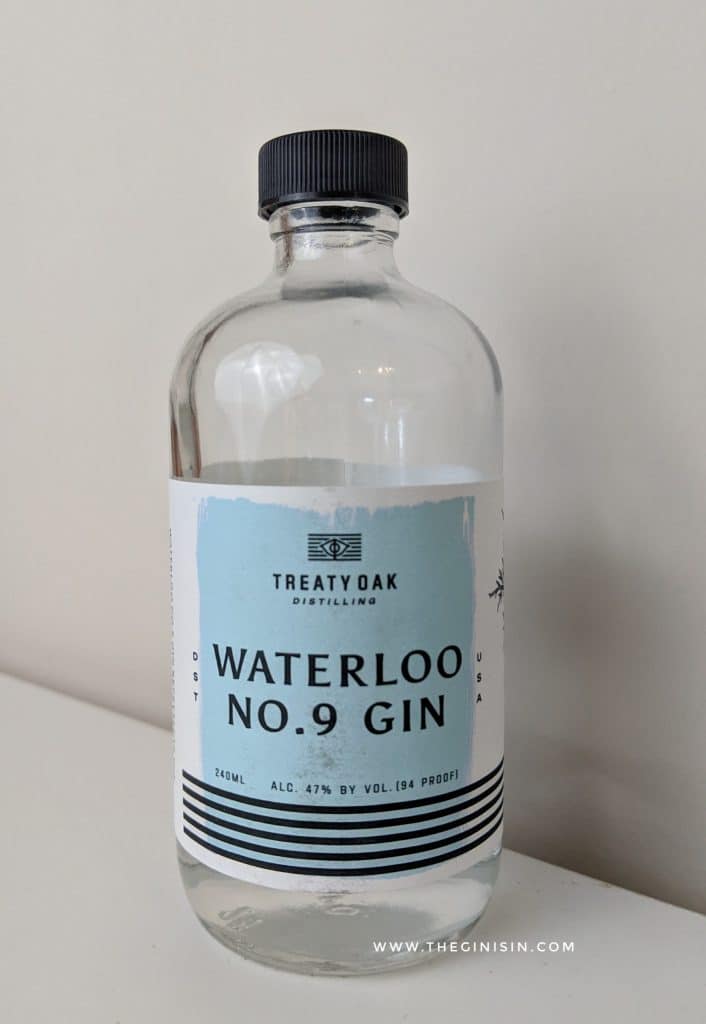 In 2018, Treaty Oak Distilling Co.’s line of spirits received a new look. Their flagship gin Waterloo No. 9 Gin even received a subtle re-branding. Whereas the old bottle advertised a “Texas style gin.” the new look is simple, classic and tweaks the story from creating a style to telling a story of the terroir of Texas Hill Country.

Originally launched in the early 2010’s, Waterloo No. 9 Gin initially gained attention for its unusual inclusion of pecan among its botanical bill. To this day, that’s still a point of difference they can hang their hat on. The pecan, lavender and grapefruit are all grown in Texas.

Since Treaty Oak Distilling Co. was founded in 2006 by Daniel Barnes, they’ve grown slowly along with their product line. And that includes the stills. Whereas they started distilling their whiskey and gins on a small pot still, they’ve now upgraded to a column still for their main still, while keeping pot stills on hand for specific projects. All of the gins in the Waterloo line are cut with local spring water to bring them down to proof.

Waterloo No. 9 Gin has an unusual nuttiness to the nose. If you’ve had the other American distilled gin that includes Pecan— you’ll definitely pick up on the similarities. But botanical knowledge aside, it’s not literal pecan. It has a dusty, walnut powder and coriander aroma with a trace of powdery lavender. There is a slight medicinal quality to the aroma as well.

The palate is brighter with a jammy citrus character. Juniper and ginger tingle on the tip of the tongue. While the juniper starts piney, it becomes much more resiny, evolving into a fresh rosemary character. Waterloo No. 9 Gin has a nice gentle sweetness, especially towards the finish. There’s a fair amount of lemon and grapefruit, but that lavender grows in strength too towards the end.

The finish of Waterloo No. 9 Gin is pleasant and warm, though the botanicals don’t stick around too long— it fizzles out with a radiant warmth.

The palate and mouthfeel of the base spirit has a mild viscosity to it, but to the palate it doesn’t bring any appreciable oiliness or perceptible thickness with it.

Waterloo No. 9 Gin works well in cocktails. The 47% ABV elevates the botanicals and spirits’ presence. Try it in a Negroni or Gin and Juice and you’ll get juniper, citrus and floral character.

Cocktails suit it particularly well because garnish and supporting ingredients will contribute greatly to diminishing some of the powdery, medicinal notes on the nose and allow you to focus on what’s good about Waterloo No. 9 Gin— that is the taste.

That being said, I find that cocktails that don’t have strong co-stars where the gin stands mostly on its own— like a Gin and Tonic and Martini, you get a bit more of that aroma which unfortunately detracts from the gin’s better qualities.

There’s a lot to like about the work that Treaty Oak Distilling Co. has put into Waterloo No. 9 Gin. I think the flavor, palate and mouthfeel is really nice. I like the citrus/juniper/floral flavor. But unfortunately, there’s some notes on the nose that detract from the rest of what’s in the glass.

I’m not sure what is contributing to that aroma, whether bottling or botanical— but if that were cleaned up I think Treaty Oak would have a really solid gin.