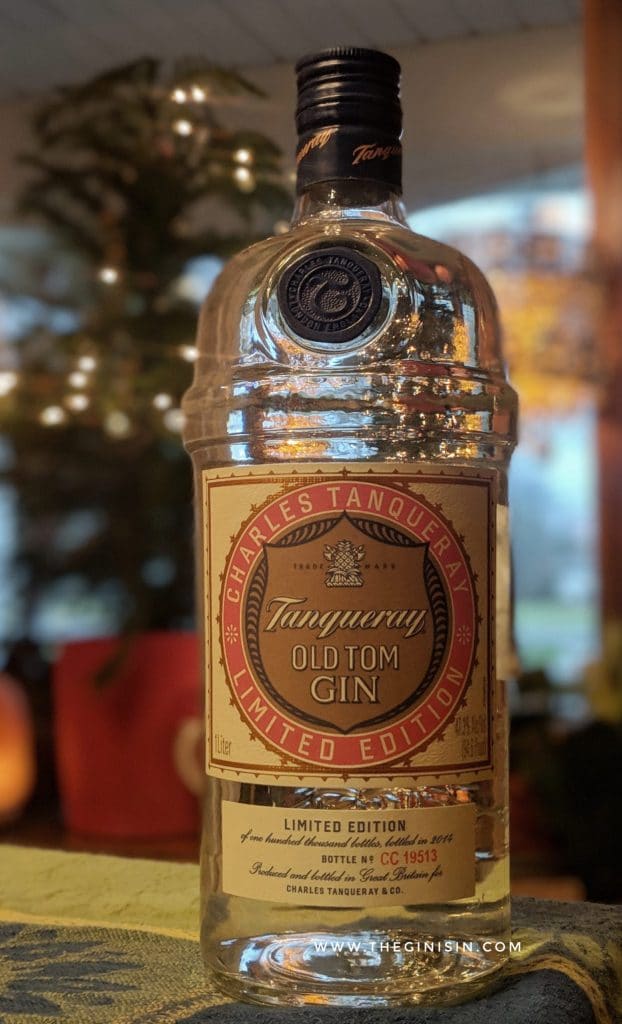 Tanqueray Old Tom is said to have been pulled right from Charles Tanqueray’s personal recipe diary. The recipe in this old tom is said to date back to 1835.

Botanically speaking, Tanqueray Old Tom uses the same four core botanicals as their traditional London Dry Gin: angelica root, coriander seed, licorice root and of course— juniper. But unlike their dry gin, it varies the proportions of those core botanicals and then sweetens it with beet root sugar. Furthermore, if you’re used to the clean base spirits of many mainstream London Dry gins, you’re going to be surprised. Tanqueray Old Tom, true to the historical origins of the style, retains some grain flavor in the base spirit. This means this gin might call to mind more a genever base, or at the very least a vintage gin base, rather than its modern cousin.

The nose has those hints of grain we alluded to in the introduction. There’s a hint of beer and the aroma of a yeasty back room of a brewery. Botanicals also come through. Licorice seems much louder on the nose than in mainstream Tanqueray London Dry. There’s a hint of aniseed as well. Although juniper is present, it is quieter than Tanqueray dry.

On the palate, Tanqueray Old Tom shows some sweet spice notes. It’s more complex to the taste than the sparse four-botanical bill might suggest. Sweet spice, cassia and coriander. Mid-palate sweet, soft juniper with some resiny-fir top notes, and then a hint of sweet lime zest. Then on the finish, a hint of beer and the aroma of yeasty champagne.

The sweetness generally has a softening effect on both the botanical presence and the flavor of the base spirit. Tanqueray Old Tom is never cloying. It’s really nicely balanced and quite delicious, even just on its own.

Bartenders will find that Tanqueray Old Tom is pretty much the perfect Old Tom for cocktails that call for the old style spirit. This gin makes one of the best Martinez and Tom Collins I’ve had.

But unlike some other Old Toms that push the style so far as to not work in traditional gin cocktails, I find that Tanqueray Old Tom even works in non-traditional Old Tom applications such as The Gin and Tonic and the Negroni.

The Old Tom space is one of the hardest to pin down. The style is poorly defined and the range of spirits which bare this name does little to clear things up.

However, if you’re looking for a historically interesting Old Tom that works behind the bar and does enough things to win people over without a didactic lecture on the style— this is the gin for you. Tanqueray Old Tom is not just a gimmick, but a damn good gin in its own right, with appeal to both fans of classic and contemporary styles.