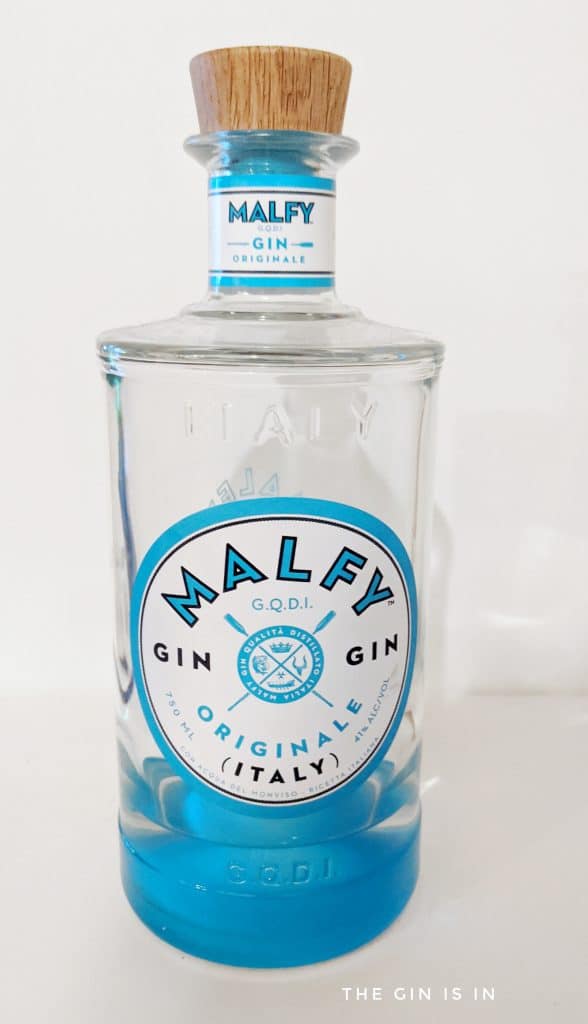 While Torino Distillati has made a name for themselves with their flavored gins (the very excellent Malfy con Limone included), Malfy Originale is their— well regular gin.

Distillers Beppe Ronco and Denis Muni make each of the gins under the Malfy brand in their stainless steel vacuum still. Malfy Originale is a straightforward and traditional approach to gin, featuring a scant six botanicals, all of them common in 19th century London Dry gins.

Malfy Originale has a very classic style nose. Spice notes are slightly loud with a lot of piney, green and herbaceous juniper right beside it. The only critique might be that the nose has a touch of alcohol, with an ethanol-forward nose.

The slightest tinge of lemon on the tip of the tongue when sipped. Despite that flash, the real star of the early and mid is herbaceous juniper. There’s suggestions of tarragon and chervil here.

Towards the end, bitter lemon peel and a slight medicinal spirit character. The finish of Malfy Originale Gin is rather harsh. The astringency and pronounced dryness is a bit overwhelming and can be intense on the palate when sipped neat.

While Malfy con Limone is one of my favorite citrus Martini gins, the harshness in Malfy Original— both on the nose and on the palate— makes it a bit tough in that application.

In general, I would recommend this gin as a mixing gin. It’s solid in a Gin and Tonic and paired with intense mixers like ginger ale (Gin and Ginger) or a Gin and Lemonade.

In a category as rich and diverse as gin in 2020, it’s hard to recommend Malfy con Originale. The palate is unbalanced and hot. The herbal notes and the acerbic citrus seem at odds with one another.

I’d recommend sticking to Malfy’s flavored variants. While Malfy Originale will work in a pinch as a workhorse mixing gin, there’s more balanced (and less ethanol-forward) gins at this price point and below.