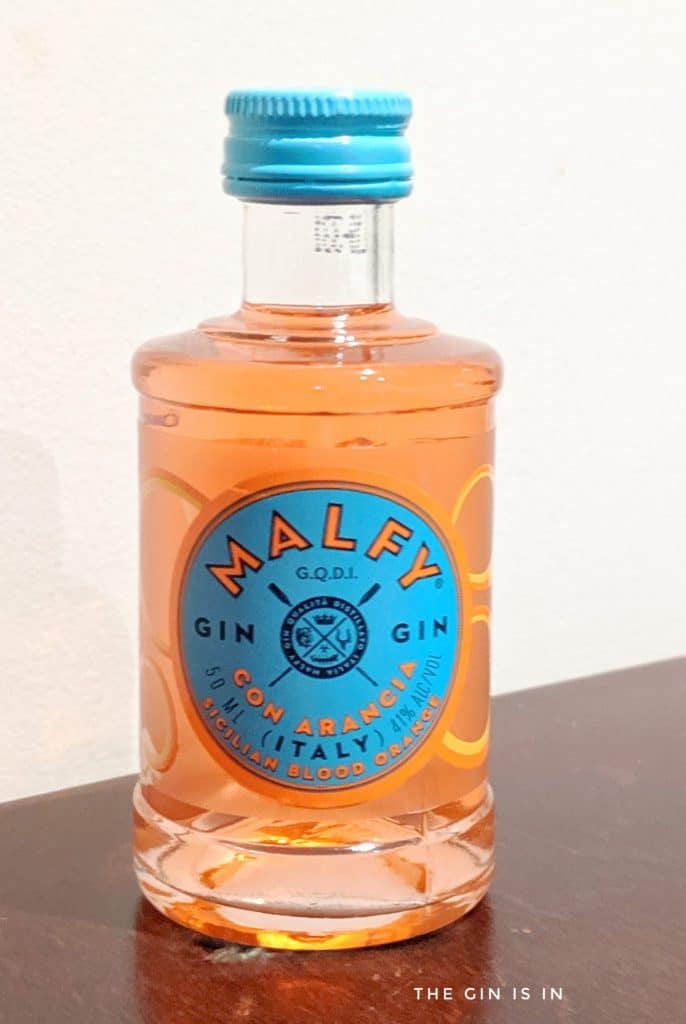 Malfy Gin has quickly made a name for itself as one of the top purveyors of citrus-forward gin. Their lemon gin is (without hyperbole) the best lemon gin on the International market at time of writing. Their grapefruit gin is among the most literal grapefruit flavored gins on the market— and absolutely beautiful. But their Malfy Gin Con Arancia is a bit of a disappointment.

Firstly, they use Sicilian Blood Oranges which are a protected type of blood orange only grown in (yup, you guessed it), Sicily. They’ve also been called Maltese oranges.

Largely, the attraction of blood oranges is the color. Malfy Gin Con Arancia captures it well— albeit a bit more towards the neon than the actual, nearly blood red juice. The flavor is a bit more bitter than your usual sweet orange. I consider it to have a note of Chinotto. Some claim the additional flavor is raspberry, but I think those folks are eating/drinking too much with their eyes.

The blood orange skins are macerated, in order to achieve the distinctive color.

The nose of Malfy Gin Con Arancia is a bit of a let down. It has a slightly plastic character with a bit of raw ethanol. I’d compare it to grabbing a pre-cut orange wrapped in plastic at the deli. It’s there, but it smells preserved.

Less literal isn’t always bad. I think the heavier emphasis on juniper is a welcome departure from what I expected from Malfy.

However, what brings Malfy Gin Con Arancia down is that the orange tastes soapy. It’s almost like a soap made from Seville oranges.

With it’s astonishing, nearly neon color Malfy Gin Con Arancia is a fun tool for bartenders to play with. I found its flavor to be a bit off in the couple mixing applications I tried; the soapiness was still present with tonic.

On the bright side, the color is literally so bright that even a quarter ounce can turn your average Martini into a vivid, unusual hue. In that minute quantity the hint of bitter orange comes through without any of the soapy bitterness.

I’m not sure there’s any other way to slice it. Malfy Gin Con Arancia is a bit of a let down. Especially in a market awash in high quality, very literal orange flavored gins.