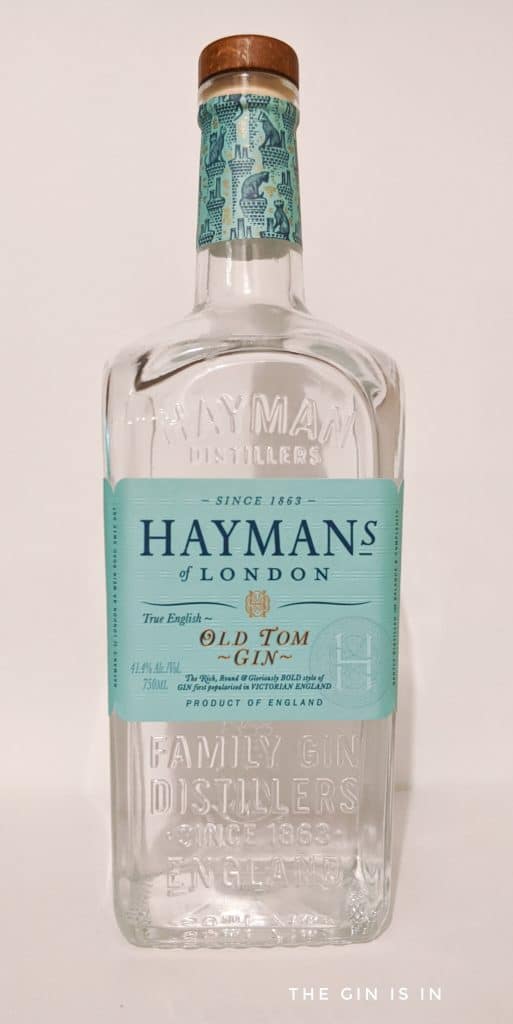 In the mid 00’s, the Cocktail Renaissance was just getting rolling. All over the world, bartenders were dusting off century-old cocktail books and trying to recreate them— or improve upon them. There was just one major problem. Many of these spirits references in these old books just weren’t made anymore. Old Tom was a common category of gin at the turn of the 20th century. Slightly sweetened— either with some sort of sugar or with intense botanicals— these gins differed dramatically from the dry gins.

The Hayman family heard the cries of the cocktail community. Somewhere, deep in the family archives, was a recipe for an Old Tom Gin dating back to 1870. In 2007, Hayman’s Old Tom Gin launched.

The ten botanicals, playfully referred to as the “Hayman 10,” on which all of their gins are based,  are added to neutral grain spirit for a 24 hour maceration period before distillation. After distillation Haymans Old Tom is gently sweetened with sugar.

Hints of playful pine immediately greet you on the nose.  Muscular lemon oil builds out most of the aroma, with a dash of licorice root for good measure.

Hayman’s Old Tom Gin is pleasant and soft to the nose; even gin novices will recognize there’s a big difference here between this gin and say Hayman’s classic London Dry Gin.

The palate is creamy and unctuous. Early on citrus oils and mild sweetness hold court, before the flavor unfolds. Hayman’s Old Tom Gin segues seamlessly into juniper custard with a hint of baking spice, and then into earthy almost chewy licorice root.

Hayman’s Old Tom Gin is delicious and well-rounded on its own, but where it really excels is in mixing. It seems as if it was custom designed for working behind the bar—

Some of my favorites include the:

Tom Collins: dial back the sugar because Hayman’s Old Tom Gin brings a natural and understated sweetness. This is the way this cocktail was originally meant to be enjoyed.

The Martinez is another one that works far better with an Old Tom than a dry classic style gin. It’s creamy, unctuous, and more dessert like.

And finally, the French 75. Although the cocktail was named because it was said to hit you like French 75 mm anti-personnel machine gun, with Hayman’s Old Tom Gin it’s milder and more deceptive in how it hides the alcohol content. The licorice adds a creamy unctuousness that I find particularly notable, especially in those first sips of champagne.

In some ways, this is a hard spirit to judge. When it launched in 2007, it essentially set the benchmark for the category. Hayman’s Old Tom Gin was the old tom gin.

Over ten years later, numerous distillers and researchers have launched their own Old Tom gins. In a space littered with old recipes, each older and more authentic than the last, Hayman’s Old Tom Gin has stood the test of time.

In my humble opinion, alongside Jensen’s Old Tom— Hayman’s Old Tom Gin stands as the best in its category. Accessible and easy to mix with, this Old Tom is worth seeking out.

Highly Recommended in its category.