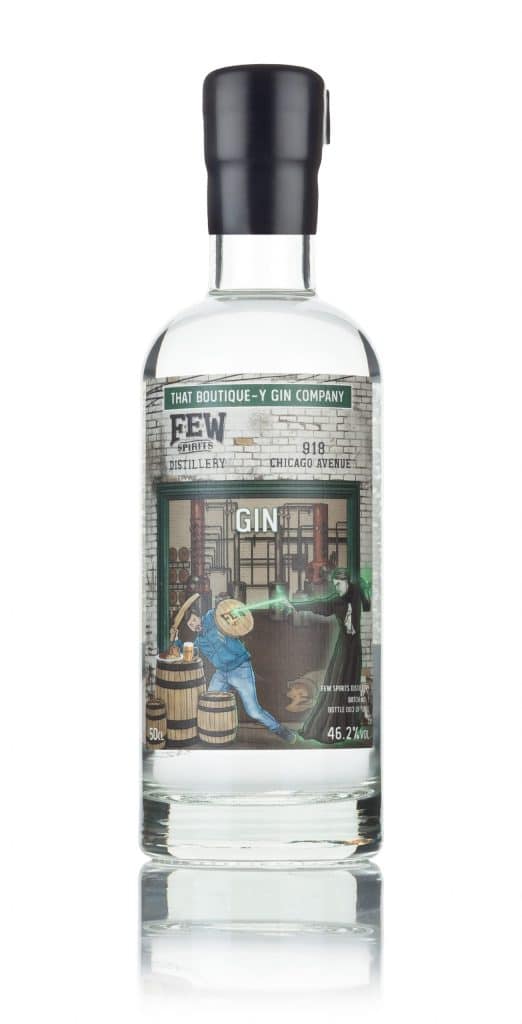 FEW Spirits might be one of the biggest name in American Craft Distilling. FEW’s American Gin, with its (especially at its launch, innovative) white whiskey base turned heads and opened eyes, especially stateside for what a craft gin can be. The team has not rested on their laurels. Their addition to That Boutique-y Gin Company’s launch demonstrates that the team might have even more tricks up their sleeves.

The nose of Botanical Democracy Gin is bright with makrut lime leaves, lime zest and a ton of citrus. In fact, I’d even say the nose is exactly the aroma of lime leaves when they are fresh cut. It’s nothing like the nose of anything else I’ve ever had from FEW Spirits.

The palate of Botanical Democracy is as intense and bright as anything I’ve had. Early plump citrus fruits and bold spiky juniper segue into a mid-palate that is again really heavy on the lime leaves. And then as if from out of nowhere again, a sharp beveled note of caraway takes you in a wholly other direction.

The finish is exceptionally long with tart bitter oily citrus zests and faint echoes of caraway tenaciously holding on for maybe a minute. There’s a lot of character in Botanical Democracy Gin.

I’m somewhat baffled by this one. It might seem too literal to suggest a Gimlet, but the lime and citrus lift seem to cry out for that one. Try it in a Tom Collins for an unusual lemon/lime 7-up cocktail unlike any other gin you’ve ever had. It may be a bit light on the juniper, and while that’s a fair critique, I think it’s highly unusual and worth a closer look. The Gin Wife recommends a simple Gin and Soda, to highlight the citrus and floral flavors of Botanical Democracy Gin.

The citrus flavor, which at times, veers dangerously close to the world of tasting almost fake, might be too outside the box for some.

But what Botanical Democracy lacks in balance it more than makes up for it in uniqueness. Fans of citrus-forward contemporary style gins will likely want to try this one. As does anyone who wants a gin that brings the lime to their G&T in such a way that the person pouring doesn’t need to bring the fruit… it’s already here.