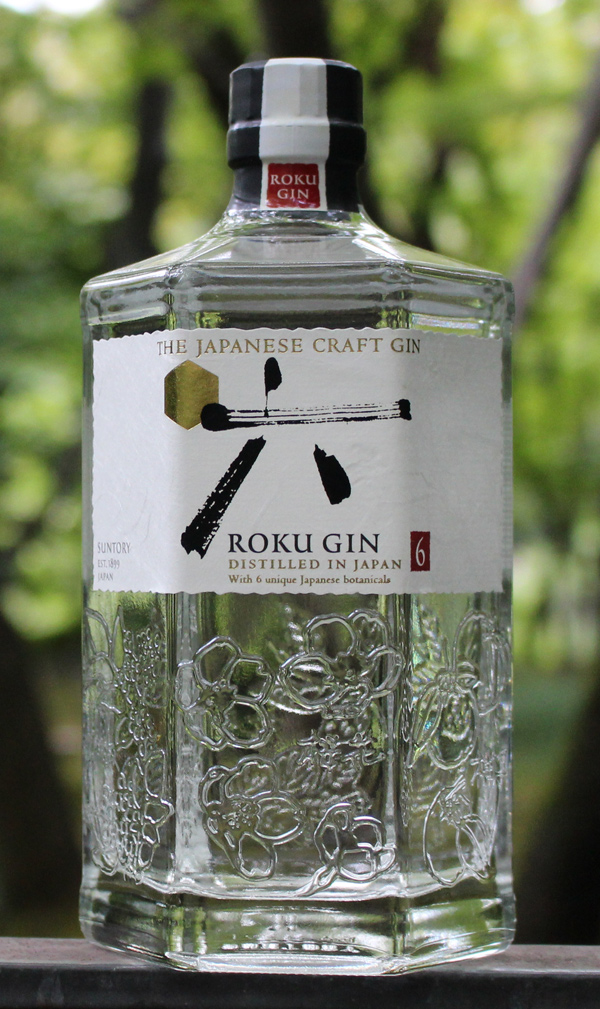 Roku Gin has two variants on the market. There’s a travel exclusive under the same name with slightly amped up cherry blossom and their regular flagship Roku Gin. This one is the latter. Roku Gin is distilled from a general neutral base of grain.

Roku Gin has an ethereal top note of cherry blossom. Notes of green tea citron and pepper briefly emerge as it quickly quiets. The delicate aroma quickly passes and dissipates.

Smooth and oily, the spirit has a rich character as it coats the tongue. There’s a fleeting glimpse of cherry blossom and traditional gin notes before the tea and tannic notes take over. Heavy, leafy hints of green and early grey tea. A vivid note of bitter citrus and smokey leaves, with a palate drying and striking bitterness closer to something like Suze. The bitter note becomes evocative of gentian root and wormwood on the finish of Roku Gin.

Roku Gin’s palate is clinical in terms of the unfolding mouthfeel and flavor; however, it’s perhaps quite unusual and unexpected. Sipped neat, I believe Roku Gin approximates the experience of an amaro more than it does the platonic ideal of gin. That being said, it’s intriguing from a botanical perspective.

Roku’s bold and strikingly bitter profile does make it a challenging mixing gin. I found it to be unusual in traditional applications like the Gin and Tonic (challenging, intellectual, and less refreshing than expected), the Gimlet (the bitterness countered the cloying of the lime, but the finish didn’t work for me), and the Ramos Gin Fizz (it’s so acerbic, that I’m not sure Roku Gin is ever well suited for a dessert style gin cocktail).

As a gin on its own, I found it good to be enjoyed Neat. It worked as well in the quintessential high-end-gin-bar use. I mean of course, the Martini. The bitterness almost simulated the inclusion of Vermouth already. You can go super dry with Roku and still have a Martini that hits the expected notes. Finally, I also thought it made a good Negroni.

Bartenders would be well advised against treating Roku Gin as a mixing gin well suited for all uses. It’s a challenging gin that’s aiming at a couple kinds of appreciation (neat, rocks and Martinis).

Roku Gin has some interesting things going on, but ultimately, the palate just lacks balance, especially in the mids and on the finish. The intense bitter perspective obliterates the rest of the botanicals.

That being said, fans of complex botanical gins, and especially Martinis might be well advised to give Roku a look.