Distilled from a base of wheat, Breuckelen Distilling’s flagship Glorious Gin is creamy, terpenic and distinctive. The team has been experimenting with aging since the very beginning. There’s been several iterations of their Oaked Glorious Gin on the market since their launch in 2010 (in fact, at my local liquor store in New York City, theirs was the first oaked/aged gin I ever saw being sold on a shelf).

Glorious Gin: Oaked continues to experiment with New American oak and the barrels that have helped propel their 77 Whiskey to winning several awards. Of all the iterations, I can’t be certain which batch I’m testing here as my bottle is not labeled with a batch/bottle designation.

The color is a deep goldenrod that looks gold/orange in light. It has a beautiful color that shimmers. Noticeably less brown/umber than whiskeys, its comparatively brighter than many other comparable aged gins.

The nose is creamy and buttery, with lots of vanillin. If I were to describe it, I get notes of baklava, honey-dipped marzipan and custard. It. Terpenic notes sit back while the spice and oak takes to the fore.

Oaked Glorious Gin begins with a bit of heat early. Next, honey, vanilla and lemon zest on the early side; mid-palate the terpenic accord of rosemary and pine-forward juniper starts to come together. Finally, tangy citrus ushers in a finish of spice cake and creme brulee.

It’s one of my favorite things when the barrel seems to glue the botanicals together in unexpected ways. The ginger seems mellowed and buckled down in Oaked Glorious Gin compared to their standard Glorious Gin. The citrus is prominent , but restrained. And the effect of the oak is beautiful. 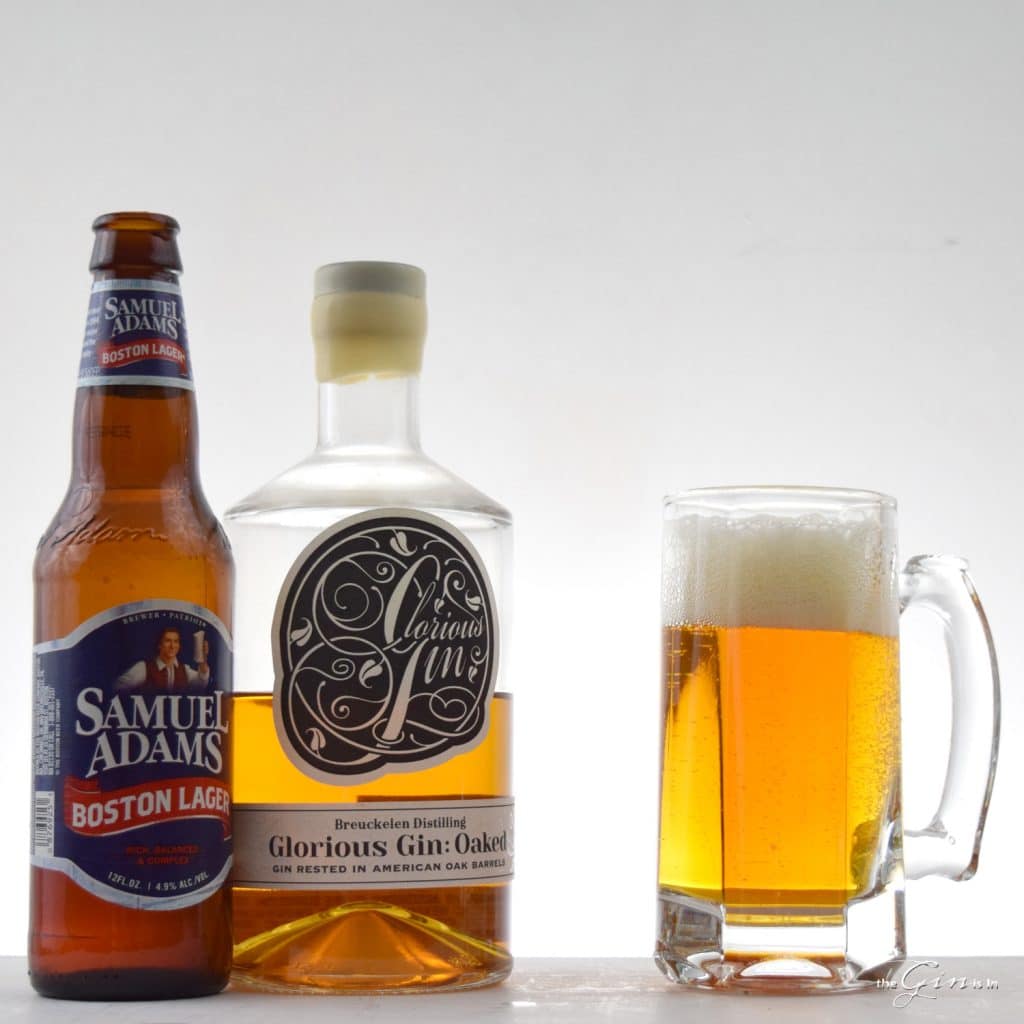 One of my favorite ways to experiment with aged gins in particular is to make a Purl. A purl is an eighteenth century pub “cocktail” composed of a pint with an ounce of gin in it. Although we’ve updated the drink a bit here, using a relatively light lager and a barrel aged gin instead of an unaged one.

Furthermore, Oaked Glorious Gin also makes a great Negroni. It’s at my favorite Neat or in an Old Fashioned (try it with Scrappy’s Orleans bitters). Simply prepared this is a good sipping gin: smooth with a rich mouthfeel.

I’m a big fan of the work that Breucklen Distillery does, and their Oaked Glorious Gin is no exception. The barrel’s effect is transformative, and the time in the barrel is sufficient to add the vanilla notes with no hot, young oak effect.

I quite recommend Glorious Gin: Oaked. It’s delicious and a worthy investment for anyone looking to move into the world of aged gins.