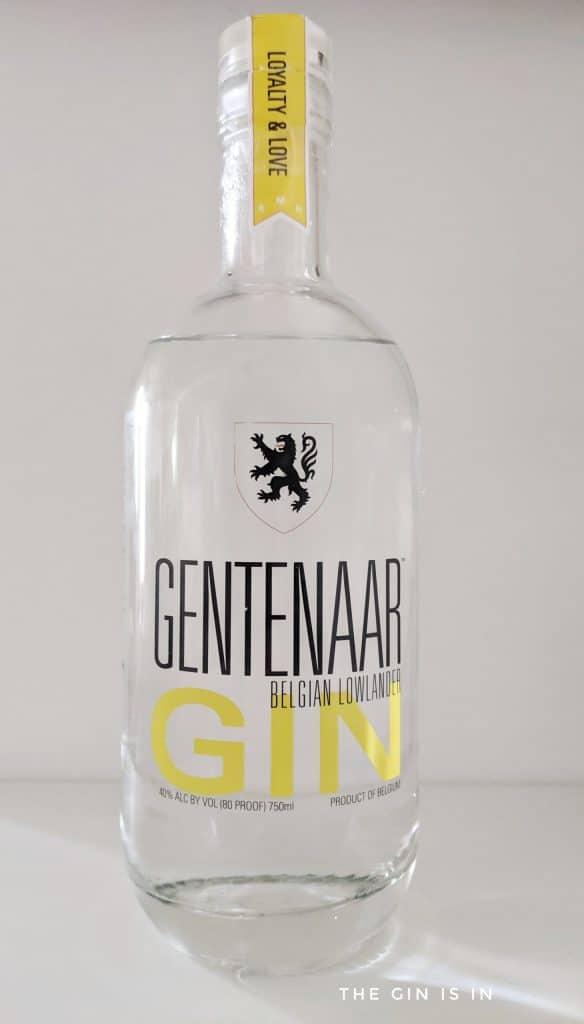 In 1300, Ghent was known around Europe. It was a center of education and commerce. It was one of the most prosperous cities in the European Low Countries, if not Europe. Ghent has a wealth of history and heritage and boasts some of the world’s greatest extant 10th century buildings in the world. Gentenaar Gin is a celebration of Ghent.

As far as I’ve seen, Gentenaar Gin is the first gin to bill itself as a “single-city gin.” The concept is that all of the botanicals are sourced from within the city. Therefore when combined, the spirit is Ghent personified.

Gentenaar Gin features grapes among its botanicals, which is somewhat unusual— we see many distillers in wine growing regions incorporating grape into base spirits. This gin is entirely grain on the base, but uses grapes nonetheless. As a botanical they add a very different character. Otherwise, the botanical blend is fairly traditional featuring common supporting ingredients like coriander, angelica and citrus.

Gentenaar Gin’s aroma brings forth green, round juniper along with a complex mildly fruity spiciness. Bitter dried citrus peel, toasted pink peppercorn and unsweeetened hibiscus tea and dried coriander seed— it evokes unusual references while still not being that unusual. Gentenaar Gin doesn’t smell classic to the nose, but it certainly smells like gin.

The palate is rather complex, with vegetal notes dominating at times. A hint of pepper, cocoa and spice on the tip of the tongue as it enters the palate. Mild green juniper, sweetened spruce, and bergamot can be picked up early. Towards the finish notes of red table grape lead into notes one might compare to a bitter, dark, orange chocolate (heavy on the cacao content).

The finish is long and moderately rooty, with a gentle perceptible chewiness suggestive of licorice root and a lingering note of cocoa.

Bartenders and home mixers should be advised that as a mixing gin it prefers bitter— sweetness can distort the flavor in ways that I don’t think play to the gin’s strengths. Consider this as well when making a Gin and Tonic. Less sweet tonic waters work best.

As the world’s first single city gin, choosing to celebrate a city as ancient as Ghent is no small task. But Gentenaar Gin pulls the job off quite well. It may no conjure up a notion of a place as some gins do. Instead of suggests merely inspiration and the challenge of painting something unique with a restrained palate.

It’s a fun gin that will find fans among those who like contemporary spice and savory fruit-forward gins. Gentenaar Gin is a complex gin that should be treated more as its own sort of thing than a plug-and-chug alternative to Tanqueray and their ilk.