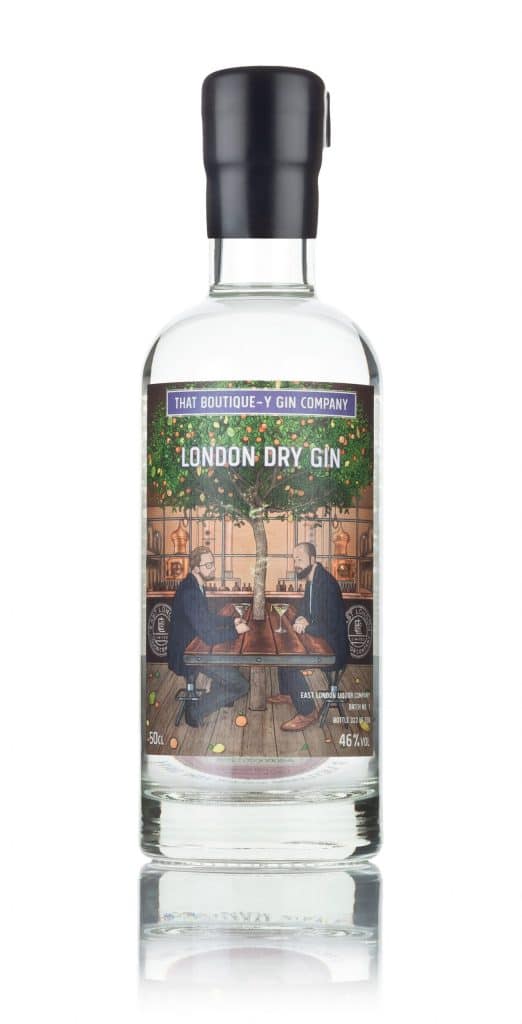 From the Weird Citrus files, we have another gin that incorporates an unusual citrus. The “Miyagawa” fruit is green on the outside, looking like a spherical lime, while the inside is a beautifully segmented bright orange clementine. Technically a type of Satsuma, those of us in the the United States in particular see fruits from the Satsuma marketed as “Clementines,” “Mandarin,” or “Tangerine.” The signature is their loose skin which peels off with ease.

But Satsumas are botanically a different species. The Miyagawa is said the be among the sweetest of citrus fruits with a peculiar flavor a cross between a Mandarin and a Grapefruit.

For this experiment: East London Liquor Company  Batch 1, which falls under That Boutique-y Gin Company’s introductory series offering, we see a combination of three citrus (the aforementioned Satsuma, along with orange and lime), a mixture of two things which produce a pine-like sensation (juniper and douglas fir), and some spicy, bright Cubeb pepper.

The East London Liquor Company is situated in London’s East End when opened were the first distillers in that part of town in near a century. Along with gin they distill rum, whiskey and vodka.

The palate is very citrus-forward, especially early on. Lemon and a great deal of lime come on early, then white grapefruit notes. Slightly sweet, with evocations of fruit cocktail. A taste of peach in heavy syrup along with papaya.

About halfway through, more traditional gin notes begin to take over. Subtle orange rind, pine-forward juniper, and a hint of violet. The finish leads with fresh pine blossom and crisp lime zest.

Comparatively it reminds me a bit of the Few Batch 1 offering, also from That Boutique-y Gin Company, but I think that East London Liquor Company Batch 1 does a much better job of bringing the lime into a coherent, complete vision. The botanicals work well together. It’s certainly lime-forward; but it’s part of the accord. Not just a boast.

It has a lot of potential for a clean Gin and Tonic, sans a squeeze of lime juice. Similarly, I think it excels in a lot of citrus-forward cocktails, both lime and non-lime containing. The Tom Collins takes on a slight lemon-lime edge that really elevates it, while the Last Word seems to have a hint of orange and pine that really takes it to the next level. For my money, I like the Martini, served with a lime twist.

East London Liquor Company Batch 1 is a compelling citrus forward gin that adds pine accents which both transform and amplify the juniper that’s in here. Bartenders I think will find this a gin that’s an easy mixing gin that will appeal to a wide audience for its citrus forward character. Classic gin fans will likely find the accord of juniper and fir to push even the juniper a bit too far away from the traditional.

But on its own, it’s a good tasting spirit that does a lot of things well.