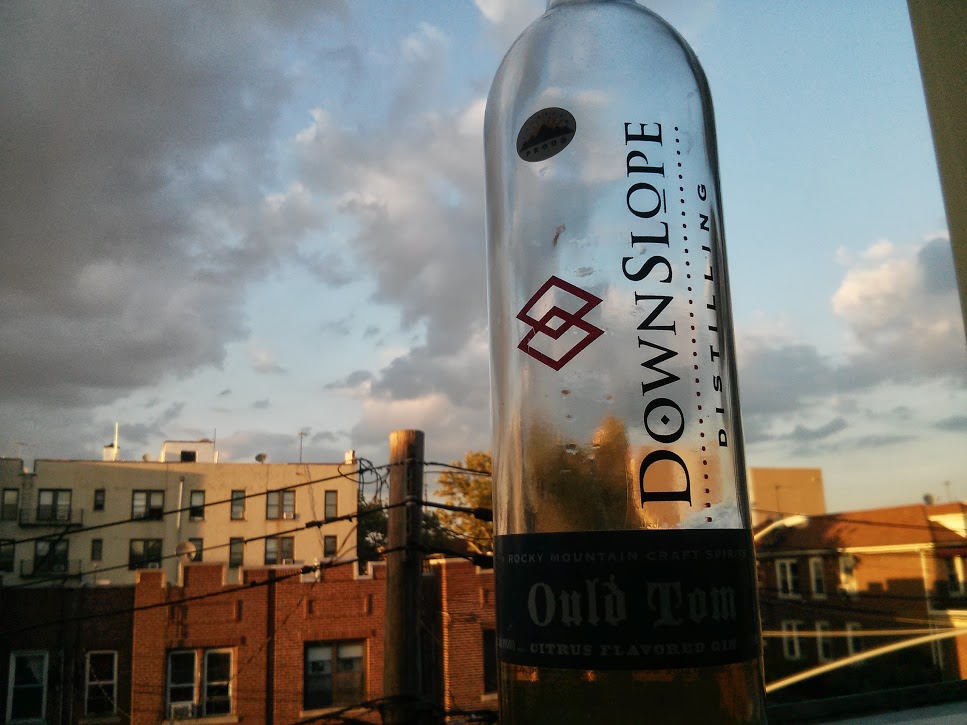 …that little silhouette on the upper right of the bottle of Downslope Ould Tom? A Colorado Proud sticker. Yet another distiller that’s proud to be a part of the incredible distilling culture in that state.

An interesting note to pay attention to before you even get to the tasting is the base. It’s not grain, it’s cane. Yep, like a Rum. This makes it a sort of rarity among gins before we even actually get to the notes.

The nose of Downslope Ould Tom is bright— even a touch malty. You get a hint of dry grassy field in here as well as a touch of malted grain. There’s a bright citrus note as well, fresh and orange with a touch of lemon. Kind of interesting, the creamy warmth is certainly Old Tom like, but that touch of grass/grain isn’t. Even more interesting because it’s not even distilled from grain. But as we’ve seen before in gins, the nose can be a tad deceiving. How does it taste?

The taste does seem to focus on some other notes. It’s a long taste so I’ll break it down into a couple of observations:

First, sharp acidic lemon tang. Very brief, pronounced on the lips and the front of the palate. Heat and juniper, a nice well-rounded gin flavor in the middle. As we enter the third phase we get a bit of heat, with the orange mellowing nicely into a creamy, almost vanilla and nutmeg, cardamom and cinnamon finish. Very creamy, with that almond-vanilla note lasting well after the taste, all the while heat dissipating. The end is really a radical shift from how it begins, yet Downslope has done a nice job stringing them together into a narrative taste. The phases of the taste never seem disjointed, yet they are quite different and distinguished from one another.

For an Old Tom, you get a bit of the citrus notes and that touch of sweetness that you might expect, especially on the finish. But overall, the character of Downslope’s Ould Tom reminds me [in flavor] or a mild aged gin more than your standard Old Tom. I have to say, I’m not sure it’s standing out as any certain botanical that might be causing it, but that grassy/earthy note seems to be spinning in that direction. Good, but a touch different.

One of the reasons why sometimes Old Tom’s linger on my shelf is that they’re harder to review. No, it’s not the flavors or style. It’s that you can’t make a standard cocktail with an Old Tom and expect it to show it’s stuff.

My methodology with Old Tom’s is to drink a couple glasses neat. The sweetened quality makes this one of my favorite gin spirits to drink this way. But then I make two classic cocktails with it.

First, the Martinez: Downslope Ould Tom is sweeter here than other Martinez cocktails I’ve had. We’re getting a bit more of the citrusy orange side. The Maraschino is moving forward uninhibited here. I’d like a touch more juniper to kind of counter this. It’s nice, but that creamy closing that I enjoyed so much neat is muted here. I was hoping for Cherry cream pie notes, but all I’m getting are cherry and citrus.

Next, we roll to the Tom Collins. The Tom Collins is a classic gin cocktail, one that I often make and include with my regular gin reviews. But if you’re going to be a bit pedantic about it: the Tom Collins when made properly should be made with Old Tom  With a good Tom Collins and a good Old Tom you get this wonderful creamy Lemon Meringue pie note. No surprises here, you get that note. The creamy finish is amplified. Not quite lemon, but almost that sherbet you buy that comes half orange and half vanilla ice cream. Creamy, rich, delectable. Though I think the Martinez is a good barometer, the Tom Collins with Downslope’s Ould Tom is a match made in drinking paradise. Highly recommended. 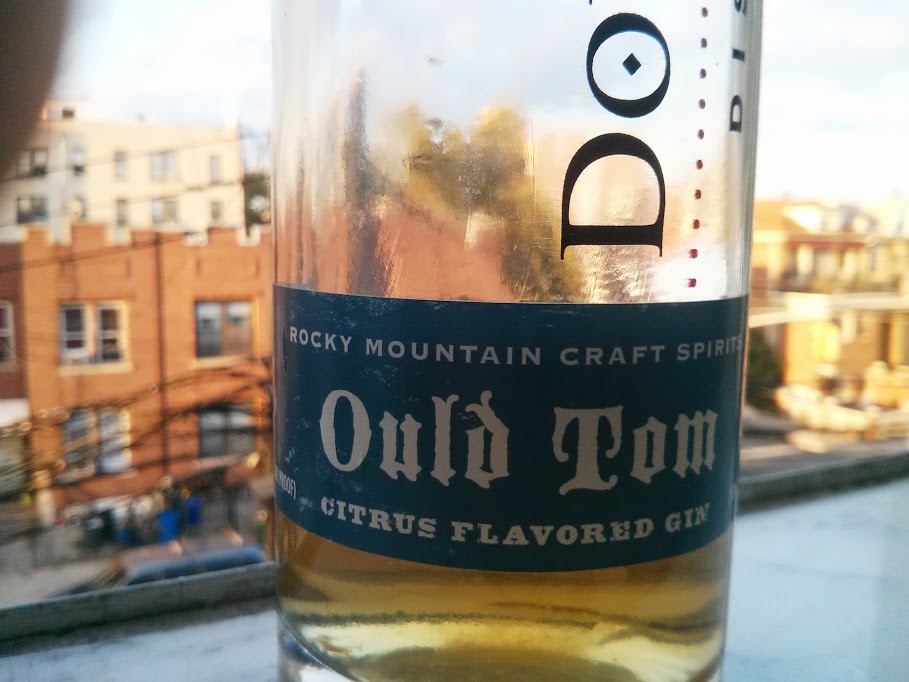 A good Old Tom style, but likely not one that will wow faithful adherents to the style. Downslope Ould Tom has a lot of citrus, a good amount of sweetness, but it doesn’t quite feel like a fully developed Old Tom, instead feeling more like a citrus flavored drink with some juniper in it. But that Tom Collins is one good drink. Really.