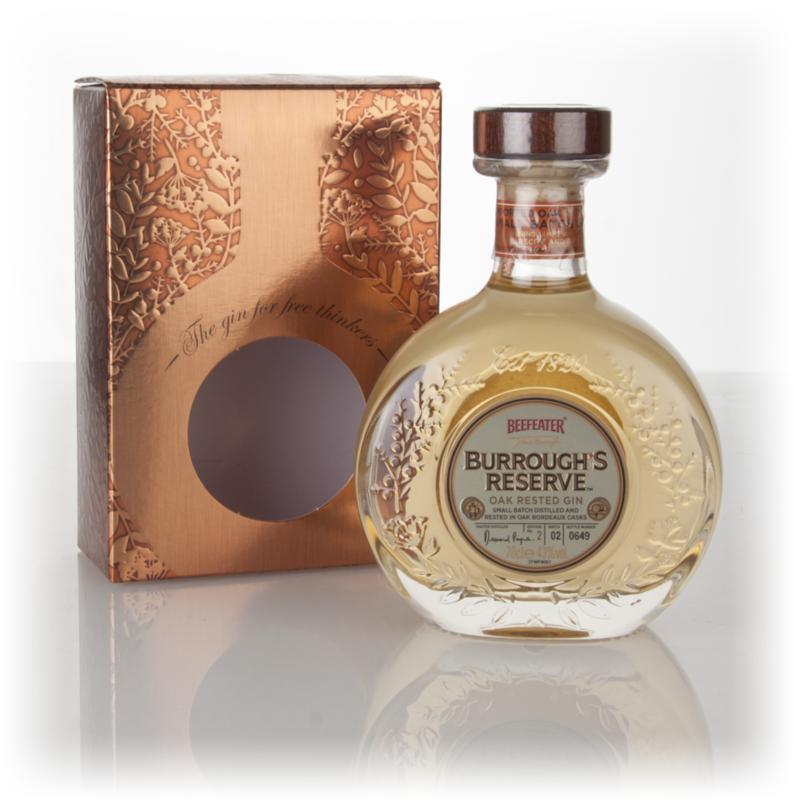 Beefeater Burrough’s Reserve Batch 2 is a sign some of the big names in gin have come to play on the small guys’ turf. By that I mean, up until recently batch designations and barrel aging experiments were once the domain of the small, startup distillers. But it’s no longer their exclusive domain.

Burrough’s Reserve Batch 2 is distilled on their “small” 268 liter still (which was once James Burroughs’ original still) before resting in both red and white Bordeaux wine, French oak casks. Color-wise it appears slightly lighter than Batch 1, with a similar shimmering golden hue.

The palate is nicely integrated and well-imagined the whole way through, with botanicals and subtly replacing the previous. Lemon, cubeb and coriander early, then crisp juniper. The oak comes on next, crisp and dry with some wine tinged oak  coming on after that. It finished with some hints of charred cedar, vanilla, and baking spice.

The finish is mild and exceptionally long with suggestions of dried dates and orange peel, with a slight hint of licorice on the very back end.

Remarkably light, and very easy to sip just on its own.

As with many aged gins, Beefeater Burrough’s Reserve Batch 2 is best appreciated neat or in a simple old fashioned.

That being said, it also features nicely in an Alexandria Cocktail if you’re looking for something a little off the trodden path; the spice notes are a lovely complement to cream and fresh grated nutmeg. Additionally, you could try it in a Negroni as 2:1:1, dialing up the gin so that you can get some of the nice wood and juniper notes.

I think the folks at Beefeater have found a winner in their line of Burrough’s Reserve gins. Although at a steep price point, even compared to aged gins from smaller local distillers, it’s well worth a closer look if you like aged gins and you like Beefeater gin.

Fans of classic gins will like the way the classic notes come through and the oak only compliments a well crafted botanical expression. Fans of aged gins in general are advised to take a closer look. Beefeater Burrough’s Reserve Batch 2 may be even better than Batch 1, and given the high bar they set, that’s certainly high praise.

Special thanks to David T. Smith, creator of Summer Fruit Cup and author of Forgotten Spirits & Long Lost Liqueurs  has been a friend of The Gin Is In for nearly as long as we’ve been around. David shares samples of curious and rare spirits from his travels that might be difficult to obtain stateside. Thanks to David for the sample.