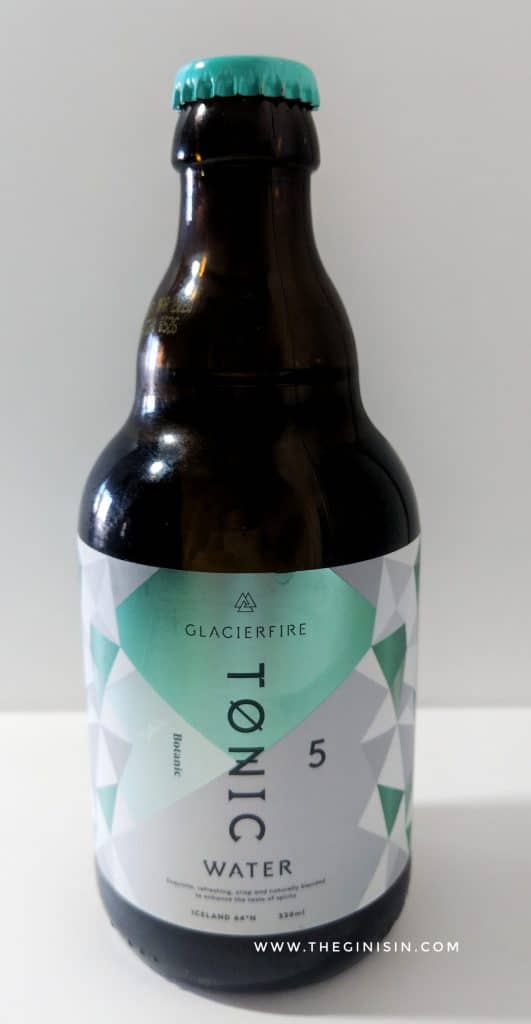 Iceland may be a small nation, but it punches well above it’s weight in terms of gin. In others words, there’s a lot of good gin being distilled in Iceland. Glacierfire is the first craft Icelandic tonic maker, and Glacierfire Botanic Tonic Water is one of six(!) in their lineup.

Firstly, all of Glacierfire’s tonic waters are sugar free. They use sucralose. The quinine is sourced from Africa and their water comes from Icelandic Langjökull glacier melt.

To the nose, it’s a bit citrus forward with lemon and lime notes, and a careful hint of lemon thyme. Glacierfire Botanic is only subtly herbal upon first impression.

Early on, thyme is the dominant botanical characteristic. It’s subtle and not overwhelming. Rosemary comes on later, with the astringency of citric acid. The sucralose element is moderate, with the quinine adding a bitterness that covers a good portion of the sweetener’s character. As that fades though, the sucralose becomes more evident.

I mixed Glacierfire Botanic Tonic Water with Mirari Celebration Gin. The gin in this case is a classic one with a nice citrus component. It lacks a lot of herbal notes, which suggests to me that this could let those added nuances from the tonic water come though.

The citrus comes through early. Unlike Mirari Celebration Gin sipped neat, it’s much more orange-forward and prominent. The citrus sticks through from beginning to end as well. Early, thyme is subtle, but the rosemary is more prominent on the finish. Overall, this is a really nice combination.

I like the subtlety of the botanical flavors. Whereas other tonic waters sometimes hit you over the head with their literal botanical components, Glacierfire Botanic Tonic Water get its priorities right. First it’s a tonic water with quinine. Then, it’s everything else.

As I’ve said before— I’m not a huge fan of sucralose; however that being said, I understand there’s a lot of people who are. For those looking for a flavorful zero-calorie tonic water the last year has been a sea change. First there’s East End’s zero-calorie tonic syrup and now Glacierfire’s line of tonic waters. Glacierfire Botanic Tonic Water is a standout in their line.