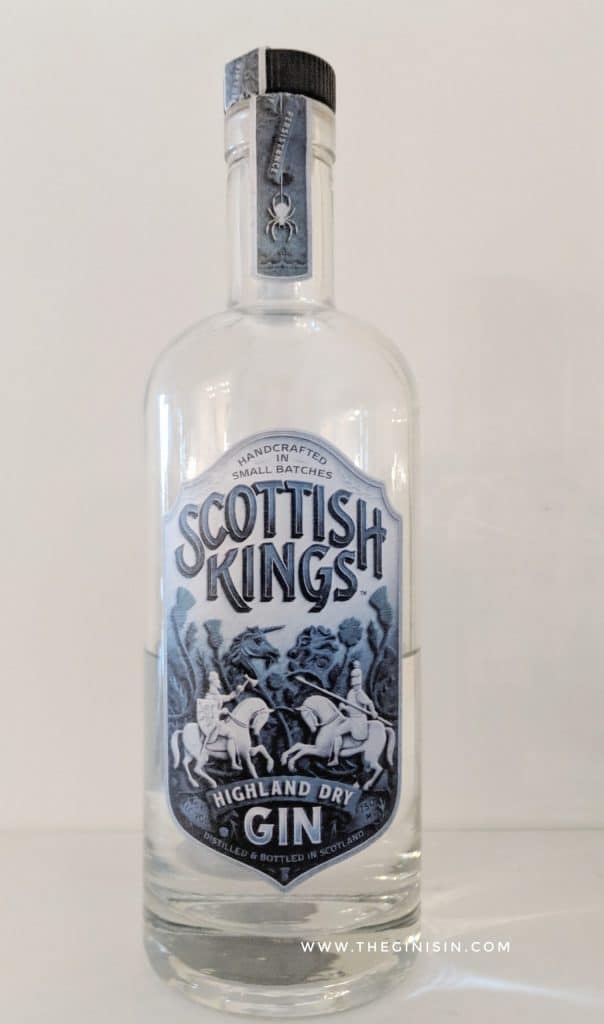 The Romantic author Robert Burns once wrote, “Chasing the wild-deer, and following the roe, My heart’s in the Highlands, wherever I go.” Andrew Kerry of The Guardian was also inspired, “To me, it’s the most beautiful place on Earth,” but adds that it’s also “raw” and “forbidding.” Scottish Kings Gin founder Randy Miller was similarly inspired. But within its “untamed” and “mythical” majesty he found a different kind of inspiration than Kerry and Burns. Whereas those men put pen to paper; Randy put juniper berries into a still.

Built from a base of grain and distilled at an undisclosed distillery in the Scottish highlands, Scottish Kings Gin was designed with the idea of balance at its core— looking for a balance between the six primary tasting categories of gin. Also because it’s distilled in Scotland it also benefits from the legendary Scotland waters that Scotch Whisky makers have depended on for centuries.

Scottish Kings Gin has a beautiful nose. While juniper led, there’s a hint of slightly mentholic French lavender, bitter orange and a subtle cardamom-like spice. I really appreciate that it while it’s approach is classic, there is a fair amount of balance and depth.

To the palate, the gin takes you on a bit of a journey. The flavors unfold gradually on the palate and remain vivid into a warm finish.

Quietly warm at first sip, the first flavor that hits the palate is a bit fruity. Orange zest and rose hips early, juniper does rise mid-palate. At first the pine notes seem a bit reticent, but they grow from the edges of the palate becoming more resinous and bold.

Spice notes similar to what the nose of Scottish Kings have come on a bit later. There’s a hint of cinnamon, spice cake with cream cheese frosting— cardamom, coriander, black peppercorn and other gentle spice notes.

The finish is moderately long with resiny juniper notes and a vague melange of spice that doesn’t readily discern itself.

But overall, what as I said at the beginning, what I really enjoy about Scottish Kings Gin is the slow evolution on the palate. Several moments of different flavor come through. The botanical segue into each other quite nicely.

I particularly enjoyed Scottish Kings Gin chilled and from the freezer. But that also speaks well to how it partners with herbal counterpoints such as Dry Vermouth. I thought it made a delicious 7:2 Martini, garnished with either a twist or an olive. The Vermouth brought out the herbal notes that were already in here and amplified them.

In short, bartenders who work with Scottish Kings Gin will find it a ready and willing cocktail companion, suitable for substituting into nearly any classic cocktail.

Scottish Kings Gin is a delightful, balanced gin that is sure to appeal to a wide range of gin drinkers. Fans of contemporary styles will find enough citrus and spice nods to the contemporary-style of gin, while fans of classic style and classic gins will find that Scottish Kings Gin remains aware of the category’s stories past and remains recognizable— and enjoyable— as a solid all around gin.