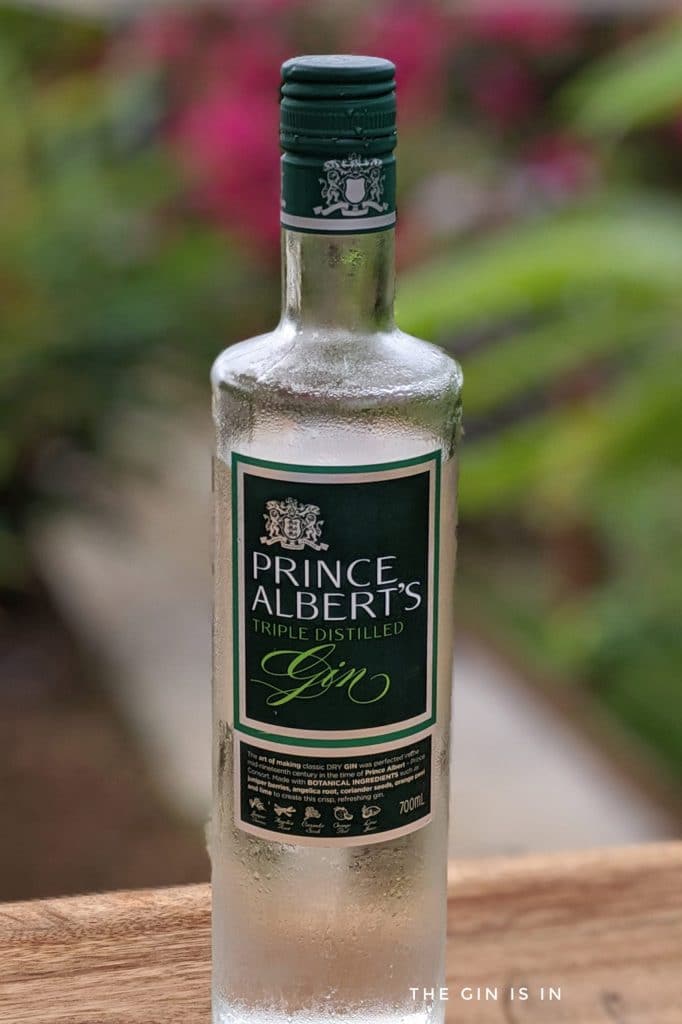 Prince Albert’s Gin is likely named for Albert, the consort of Queen Victoria. But there’s a lot of other Prince Alberts out there. None of which, save a small town on the Western Cape have very much specific to do with Australia. But we’ve seen this before, nothing makes a gin more authentic than choosing a name that makes it sound English.

Prince Albert’s Gin is produced by the Foster’s company, under the Carlton and United Breweries banner.

While price and ABV suggests an inexpensive, bargain gin, Prince Albert’s Gin does some unusual things. Beginning as a base of grain, some of the botanicals— lemon and orange peel, coriander— aren’t all that unusual.

Firstly, on the front label they differentiate their treatment of the citrus, They don’t use lime peels, but instead they use lime juice. Secondly, in a tact seen in many other Australian gins, they use some local and unusual botanicals: mānuka honey and kawakawa leaves.

However both the honey and the leaves are things more commonly associated with New Zealand.

Sweet lime zest, makrut lime leaf and piney juniper with facets of fir. While Prince Albert’s Gin has an overt citrus character, it reads as classic in style.

The palate begins mildly. Most of the flavor comes on mid-palate. Earthy coriander leads into notes of angelica with thin celery facets.

The finish is generally pine-forward, with quiet, watery juniper.

Prince Albert’s Gin is a shy, quiet gin with a low 37% ABV. While priced for mixing, it’s flavor is thin and rarely comes through to the fore. It’s even easily overpowered in a Gin and Tonic.

Bolder mixers, such as ginger ale or whatever your preferred Gin and Juice juice is will obscure the flavor.

Prince Albert’s Gin is an acceptable low ABV gin with a good price that tells an interesting story with some unusual botanical choices. Ultimately those decisions don’t add much in terms of the flavor and the gin underwhelms. With better quality gins at the same price point, this is a hard one to recommend.