And if you want to get super specific— I mean hyper specific. Jon and Bryan have one of the most truly grounding features I’ve ever seen on a gin website. Want to know exactly which field Jon grows the grain in? 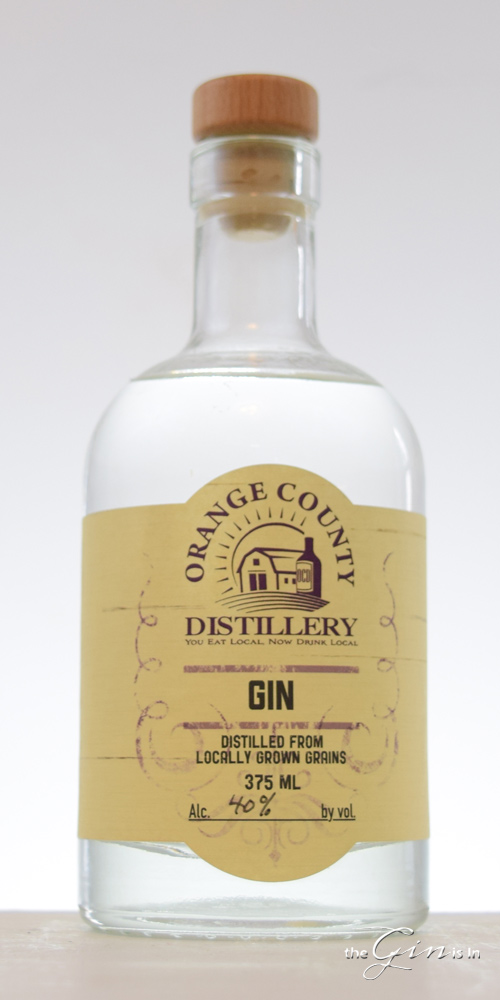 The nose is warm and spicy with a fair hint of grain. Hints of anise, lavender, and barley. Orange County Distillery Gin smells a bit like a genever or at least a Holland style Gin. The grain is seemingly the star on the aroma.

The palate is where the spices come through quite clearly. At first note, gentle hints of anise and fennel with a hint of pine; delicate Christmas spices on the tip of the tongue. Then, Orange County Distillery Gin  turns a bit earthier and darker. There’s some dark juniper here in the background, along with a hint of spice, licorice and some cereal grains. Finish has some lavender notes adding lightness to the heady botanical base. Unfortunately, there’s also some musty, earthy notes that are a little less desirable. I get hints of damp cardboard and mushroom. The latter two are often found in spirits that have a barley base and opt to let the barley base shine through strongly as if a botanical. But it can be challenging in mixing, as you’ll see below.

Orange County Distillery Gin lets the grain base star, and it’s likely to be the biggest determinant in whether or not you’re a fan of this gin. Though there’s some nice notes here, it does pose some complications for mixing. I find that gins like Orange County Distillery Gin  tend to work less well in cocktails that demand clean bright notes— for example the Aviation and the Ramos Gin Fizz are advised to be out.

But drinks like the Improved Gin Cocktail or Negroni are in.

I found Orange County Distillery Gin to be a challenging mixing gin in that cocktails came out somewhat unexpected all around. I found the botanicals to be overwhelming at time, or that the earthy character became somewhat musty.

Orange County Distillery’s process is commendable— however, it has a peculiar flavor that I think is sure to be divisive. If heavy anise/licorice notes are to your liking, I think you’ll find plenty to like about Orange County Distillery Gin. If you’re looking for something mixable and quaffable, I’m not quite sure it’s going to work in most conventional gin uses.

Overall it has some positives, but I think some of the musty notes, especially on the finish will limit its appeal.