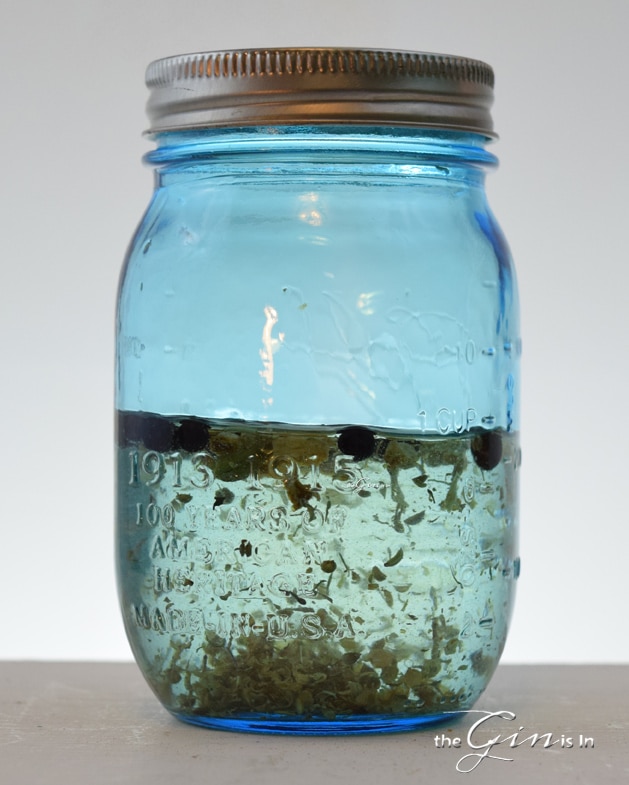 This is part of a series of three Gin Reviews where I experimented with Ginbrew’s Blue Ruin botanical blend. I tried making the same bathtub style gin using three different methodologies and compared the results. To see, if perhaps there’s a best way to make a bathtub style gin.

All three of the approaches use Reyka Vodka, which is an Icelandic vodka distilled from Barley and Wheat.

“Old Tom” in the modern day refers to a wide range of styles; however, what they many have in common is that they were all among the tools that distillers had in their arsenals for covering up the unpleasant tastes of their base spirits (or hiding the fact they adulterated their gin). During the later 19th century Old Tom simply came to refer to a sweetened, heavier style of gin, often where one could taste the base spirit as well.

That lays the foundation for the experiment we’re conducting with Ginbrew’s Blue Ruin. We’re aiming to create a bathtub style Old Tom.

But as I mentioned, for an Old Tom style gin, the base spirit does matter. So before we get into the approach, let’s learn a little bit more about Reyka Vodka.

Perfectly clear spirit. Nice thickness, moderate legs. The nose is warm with a hint of grain. The palate has a pleasant creaminess to it. Hints of vanilla, in particular red winter wheat, and a nice wheat flavor. Moderately clean. It’s not as neutral as most mainstream vodkas, but that’s good for us. It has a nice texture and a clear flavor, which will give us something to work with when we get to making the Old Tom.

I made Blue Ruin by the book. I placed the botanicals in a jar, directly into the spirit, and shook it vigorously once a day while letting it sit in a dark place. I filtered the botanicals out by using a double fine mesh coffee filter and did not perform any further filtration.

I then diluted it with some sugar. I diluted with a 3:1 ratio of water to white table sugar. My calculations may be crude, but I believe that accounting for the various miscibilities involved I have a 33.97% ABV Gin. Not entirely within traditional gin territory, but I started with a 40% ABV vodka. 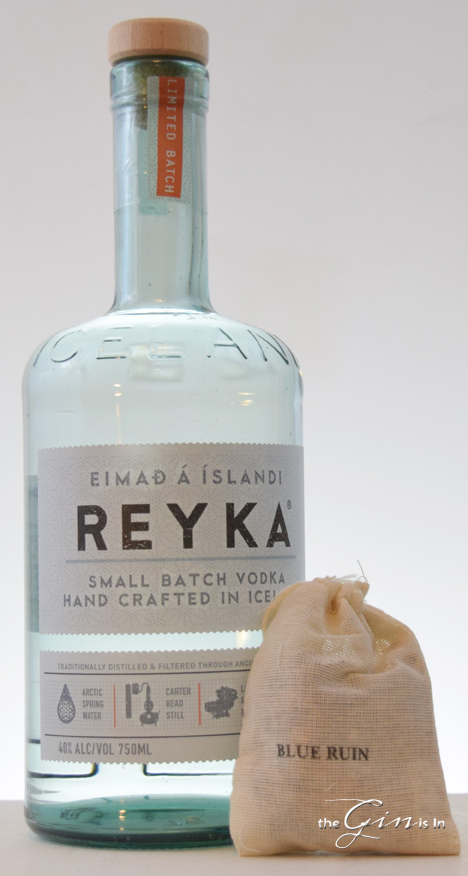 Lots of sweet spice on the nose. Cinnamon, nutmegs and apple pie spice. Coriander and cooking spice as well, it seems to take a slightly Garam Masala note towards the end. There’s a touch of juniper here, but it’s these competing visions of spice that seem to hold court.

The palate is smooth with a pronounced thickness to it. It seems to stick to the palate in a way that the previous Blue Ruin blends quite didn’t. Gentle cinnamon and coriander spice early. A bit of resiny juniper and a lot of fennel mid-palate. The finish is a muted blend of spice cake and cardamom scented Indian dessert.

The finish is where the biggest change is. Smooth and gentle sweet, I’m getting a lot more vanilla and buttery cake here. It’s unusual, but I think that some of the stylistic choices here helped cover up some of the heavier aromatic notes that a lot of Bathtub Gins get after 4+ days of maceration.

Given the variation of ways that Old Tom style gins can take, the Old Tom cocktails are often expected to vary. Color is less of a problem here. I thought that it made an interesting Martinez, and I could only wonder if it had perhaps been a higher strength ABV if we could get more juniper. In any event, the spice cake notes came through though the added sweetness might be too much. I didn’t prefer it in a Gin and Tonic, but given the added sweetness I’d suggest using it in more traditional Old Tom Gin applications than forcing it into standard dry gin cocktails.

I’d love to try this with a more juniper assertive bathtub gin blend and a more grain heavy gin. But overall, the promise is there. I thought the experiment yielded a drinkable, albeit underproof, Old Tom style bathtub gin.

Have you tried this at home? Let Me know how it turned out!