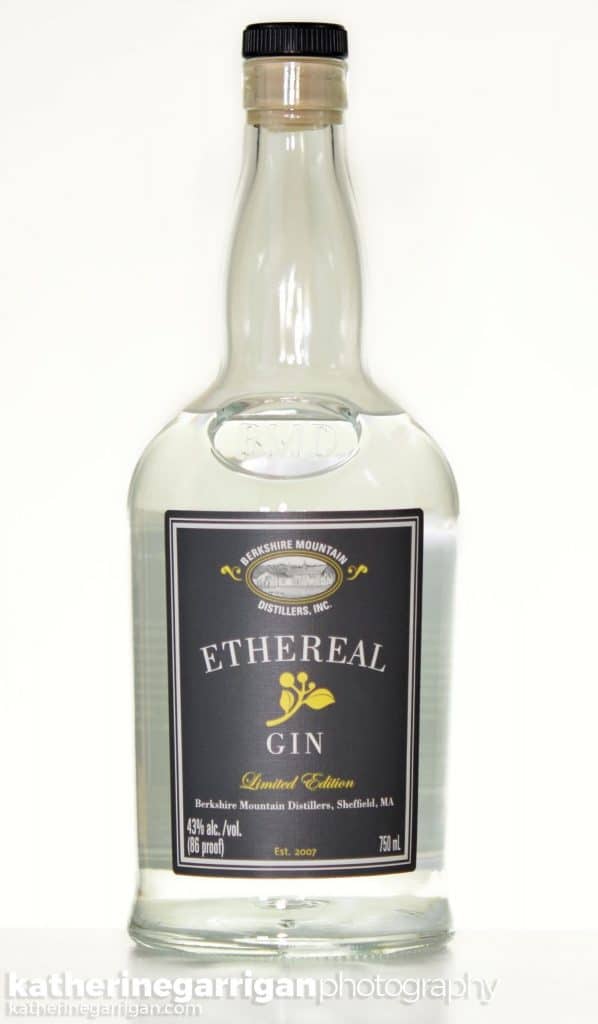 Master Distiller Chris Weld has been releasing experimental takes on gin for well over half a decade now. Among gin nerds, the Ethereal releases have elicit a Pokemon-like reaction. “How many have you tried?”

Outside of the Berkshires, the answer is usually— “some, but I’d like to have tried more.” As word has got around about the Ethereal Gin series, fans have been more diligent in scooping them up during their limited release. Early Ethereals are something like comic book edition #1’s. Many have tried the later ones, but the earlier ones are somewhat mysterious. I, too, tuned in rather late. My first Ethereal Gin was Batch #4 which I reviewed in 2011.

Chris Weld says, that batch #14 is the most “traditionalist” or classic-style gin in the Ethereal Gin series. “Ethereal #14 is a bit out of comfort zone because it’s closer to a traditional London dry, with a strong juniper backbone. After releasing so many out-there gins I’m fine with something a little more conventional this time.”

But don’t worry, he still has one trick up his sleeve. Ethereal Gin Batch #14 also features citra hops, a favorite among brewers for their citrusy and almost tropical aroma.

A gently hops and citrus-tinged top note jumps from the glass, but the heart of Ethereal Gin Batch #14, evident after a few seconds of is a vegetal, green juniper note. It settles into a fairly classic aroma with nice balance and an inviting scent.

Even though the approach is slightly more classic, the palate showcases of some of Berkshire and Weld’s deftness with contemporary gin botanicals. Pleasant citrus, creamy with a lemon chiffon note accompanies coriander— mid-palate there’s a hefty pleasant note of juniper with some more baking spice in the backbone. Ethereal Gin Batch #14 adds some bitter orange notes with a clear hoppy note. The note on the palate is more the aroma of a fresh poured IPA, than the more unctuous and bitter notes you get when you sip an IPA. The hops do help give Ethereal Gin Batch #14 a nice dry texture on the finish that while it seems deceptively mid-length, a very-long note hovers at the back of the palate for some time.

There’s a lot of depth to this gin, and a lot of citrus character, both from presumably citrus as a botanical, but also from the hops. Juniper does give it some structure. I might say that Ethereal Gin Batch #14 is still a bit contemporary styled; however, the juniper is here and quite nicely balanced with the citrus notes.

In a Gin and Tonic, Ethereal Gin Batch #14 yields a touch more of that anise/fennel character; however citrus and juniper are still the stars here. Quite nice and definitely recommended.

Perhaps my favorite way to drink this gin would be in a Martini. The balance between the citrus and juniper lends itself nicely to being chilled and sipped. I’d suggest going with a twist.

The 14th Ethereal Gin is a worthy successor in the Ethereal line of gins. As usual, it’s well crafted, with nice balance, a good mouthfeel, and works as well on its own as it does with other ingredients. I easily recommend it to fans of the series, but also to fans of contemporary style gins who like a good juniper note, and fans of classic style gins who like a heavier citrus character.

Ultimately Ethereal Gin Batch #14 is well balanced and a gin that’s as easy to recommend as it is to drink.