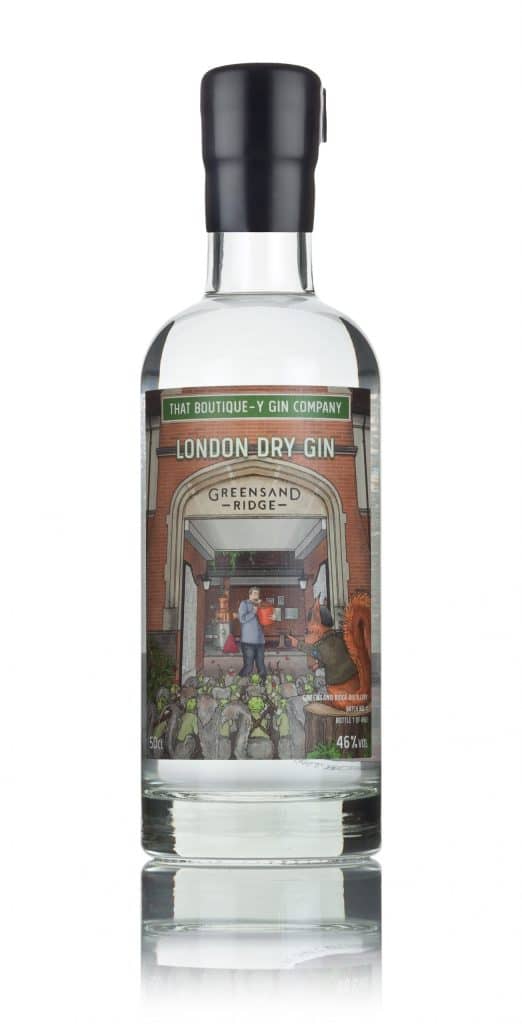 Cobnut Ghost Gin— but what’s a cobnut you may ask? If you’re not from the UK, it’s probable you’ve never heard the term which refers to a type of filbert or hazelnut which was grown widely in Kent and the UK in the 19th and early 20th century. Imported nuts rapidly displaced the “Cob” during the latter half of the century reducing the once widespread crops to a shadow of their former glory. Though if you do manage to find a cobnut tree, you must be careful. Squirrels love those nuts, and will devour them before ripe.

The nose is quite green and vegetal at first whiff. I get notes of cucumber, celery leaf and a touch of mint. Underneath it lies a faint note of raspberry jam, but it seems suggestive as I was definitely looking for it. A hint of juniper on the nose as well, but that cucumber/vegetal note predominates. A dash of baking spice lies just underneath as well.

Cobnut Ghost Gin is meatier and more unctuous on the palate.  Juniper, cucumber and a touch of tarragon hit you early. There’s a wet sprig of juniper on the mid-palate with flat, chopped celery leaves as well. This is where it becomes a bit heartier though. There’s a swelling of rich bald hazelnut with coriander. The finish has a slightly astringent quality with hints of raspberry leaf tea and a touch of anise.

With some of those vegetal notes, I find that a little bit of fresh lime and a crisp tonic like Fever Tree really elevate it in a Gin and Tonic. Other than that I spent a lot of time dissecting the fairly complex botanical signature by sipping it neat— so although I’m a little light on cocktail advice, I think it has a lot of potential for home drinkers and bartenders alike.

It’s less fruit and nut-forward than I might have expected; however, it’s more of a tribute to the complex balance at work here rather than a shortcoming. Fans of contemporary style gins will enjoy the spice and vegetal notes, which combine nicely with the juniper, citrus, and coriander of the traditional gin accord. Fans of classic styles may find it to be— like many others in That Boutique-y Gin Company’s portfolio— a bit outside the box. But I think that’s what is being celebrated here. Cobnut Ghost Gin is about creativity and a playfulness, which I think they’ve successfully achieved here. Adventurers welcome.