Have I gone off the deep end?

Have I gone mad? 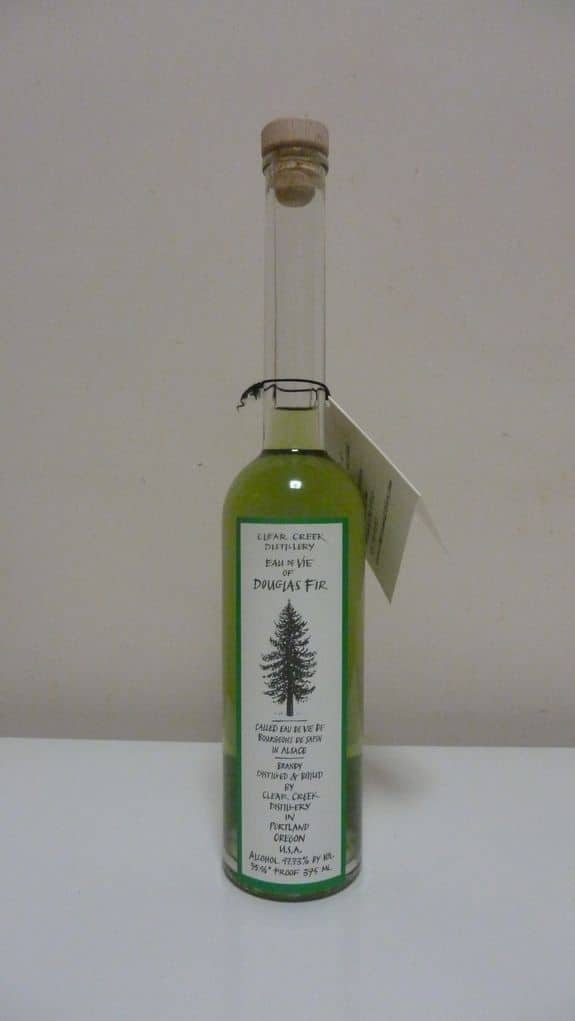 This is a gin blog! I’ve spent the entire time writing this blog trying to diffuse the notion that gin tastes like burning pine needles. And now? I have the audacity to review a liquor that tastes like fir specifically because I think this particular Eau De

Tasting:Vie will appeal to folks who enjoy gin. Let me make the case that if you are going to serve an aperitif/digestif this holiday season, this is the one to choose.

It immediately and recognizable smells like pine. Up until this point, the only time I had ever had anything flavored like fir had been a sorbet I had at the London NYC. That was subtle, but distinctly pine. This is a little more in your face. It reminds me of the smell of that place where we cut down our own Christmas tree a few years ago. And this is where I think it makes a good accompaniment to decorating the tree, or other holiday festivities.

To those who dislike gin because it “tastes like burning pine needle” (in 2012, can we put this false notion behind us?) they will likely dislike this for that reason exactly. It  does taste like pine needles. But rather than the juniper quietly invoking pine behind the scenes, this is in your face screaming pine all the way. I think there’s a clear distinction here between the juniper “pine”, and this- the real deal. There’s a hint of sweetness- a more forgiving burn and aftertaste that says pine the whole way.

Okay, let me interrupt here. I know- it’s a Douglas Fir eau De Vie./ Not a pine Eau De Vie. There is a difference that I am aware and would like to point out.

Douglas Firs grow in the wild around the world, but are very common in the United States and Canada. They can grow to over 300 feet tall. Firs are a completely different genus (Peseudtuga) than Pines (Pinus). There’s a fairly well written Yahoo answer that says it better than I ever could: (answer) 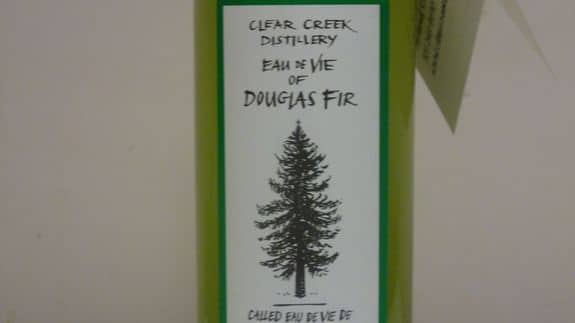 So where was I? Yes, the color: a bright green is completely natural. And comes from the Spring Douglas Fir buds which are placed directly in the Brandy. It’s over 47% alcohol, so it is a bit harsh, but I’m confident that the notes of winter, holidays, and the beautiful pacific Northwest should be enough to carry you through.

Price: $55 / 375mL
Website: http://www.clearcreekdistillery.com/
Best consumed: Neat, great after dinner.
Availability: Uncommon, still some bottles at Astor Place in NYC
Rating: Though not a gin, its a Eau De Vie that I think will appeal to gin drinkers. Its surprisingly smooth for its strength, but at this price, its certainly not for everyone.
[Rating:3.5/5]