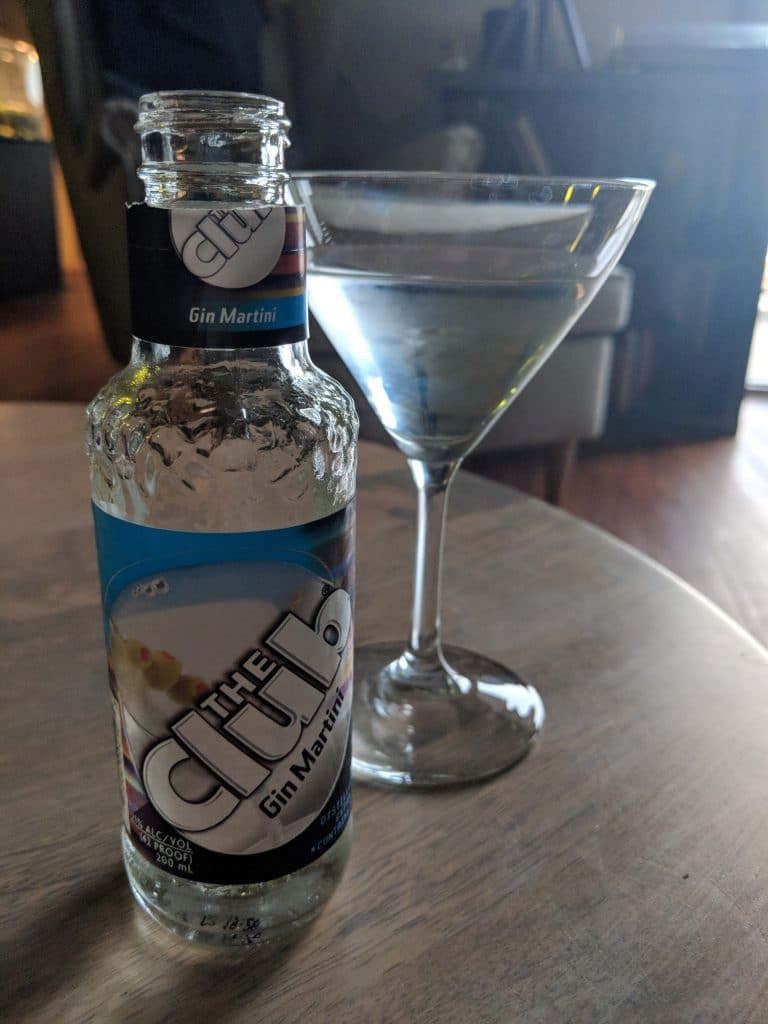 “The Club Cocktails” claim to be among the oldest ready to drink cocktail brands in America. “Produced Since 1892,” Diageo relaunched the line in the mid 2010’s.

Sweet citrus and a bit of juniper on the nose. The aroma is somewhat saccharin. The Club Gin Martini has no trace of headier Dry Vermouth botanicals— no wormwood nor really any herbs at all. I’d be hard-pressed to identify this as a Martini at first nose if you simply handed this to me.

The palate is unusually sweet. There’s clearly some added sugar in here that a normal Martini wouldn’t have. Lemon dominates the early palate, while there’s some juniper on the back end. The juniper sits with a touch of warmth for a moderate length finish.

But going back to that front. There’s a peculiar malt beverage like flavor to it. It perhaps reminds me a bit of Zima (oh the memories!) or like the flavor of some of those spiked seltzers.

The mouthfeel of The Club Gin Martini is remarkably thin. There’s very little texture. However, the Martini is also really smooth and easy to drink. If you can get past the flavor.

There’s a long tradition of pre-mixed cocktails in America. Especially Martini’s. Even Gordon’s was in the game during the mid-20th century. So controversy aside, it’s possible to make a solid bottled Martini.

The Club Gin Martini is a disappointing and unfortunately less than pleasant tasting attempt to replicate the iconic cocktail. Gin fans will be pleased to know that there’s at least some obvious juniper notes here. But overall, The Club Gin Martini tastes less like the name on the label and more like a vaguely juniper and lemon flavored Zima. I know cocktails can be a bit of work, but in this case— it’s worth it.